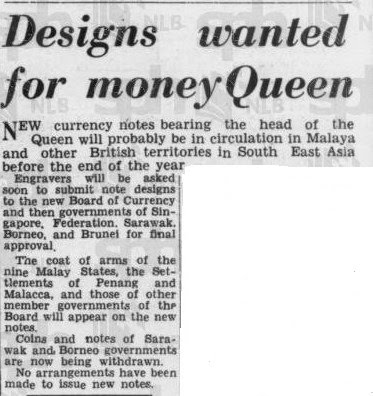 This article appeared in The Straits Times dated 11th March 1952. 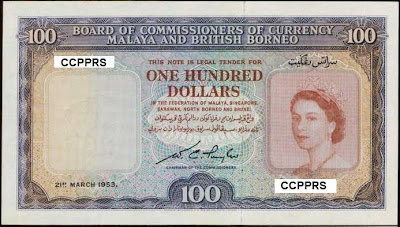 ﻿﻿
According to the Straits Times article(8 April) mentioned above, it was implied that the colour of the new $100 currency note is predominantly blue. I wonder???? 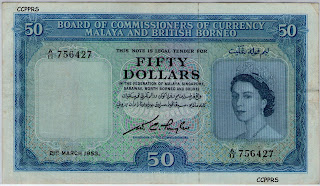 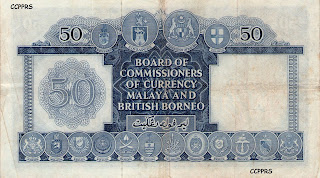 I wonder then what is the predominantly colour of the $50 note? 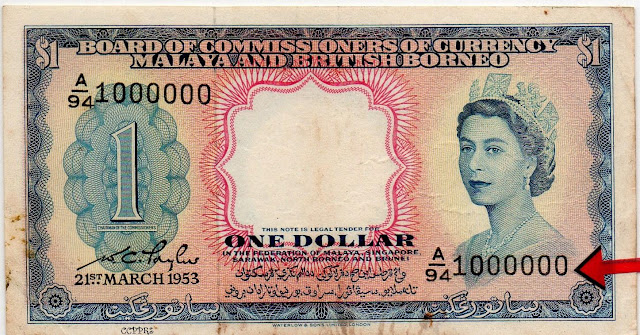 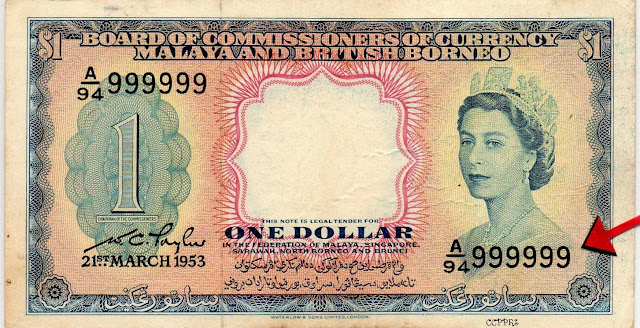 One of my favourite sets, although the condition leaves much to be desired. 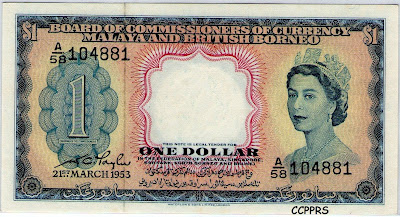 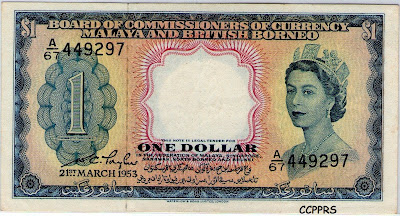 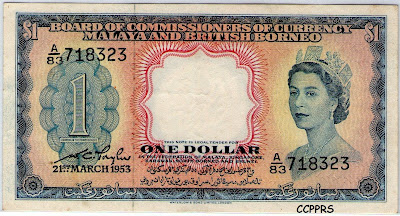 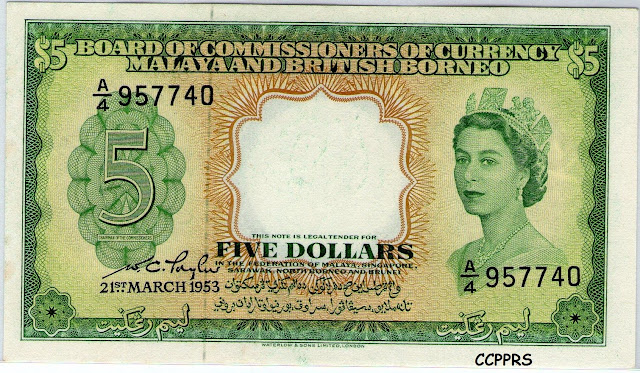 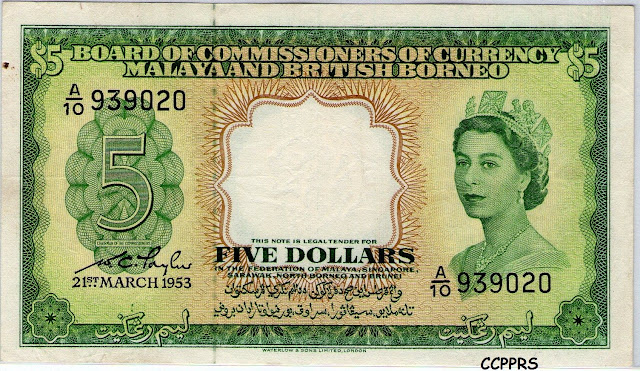 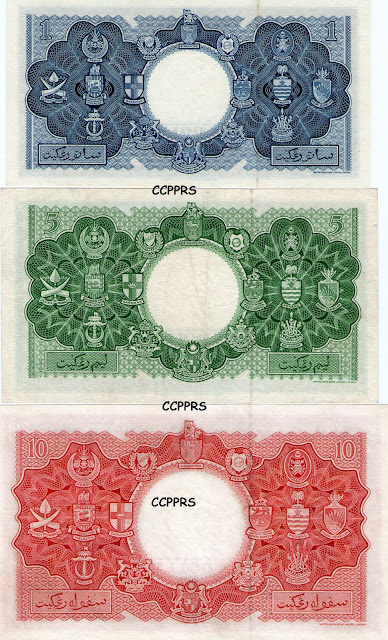 This series will be the last the British Monarchy will ever be featured in any of the Malaysia, Brunei and Singapore currency notes.
Posted by Clement at 9:09 PM No comments: 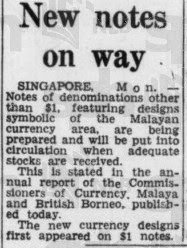 The Straits Times 22 Nov 1960
Apparently, the Commissioners decided to issue only the $10 denomination after the $1 series. 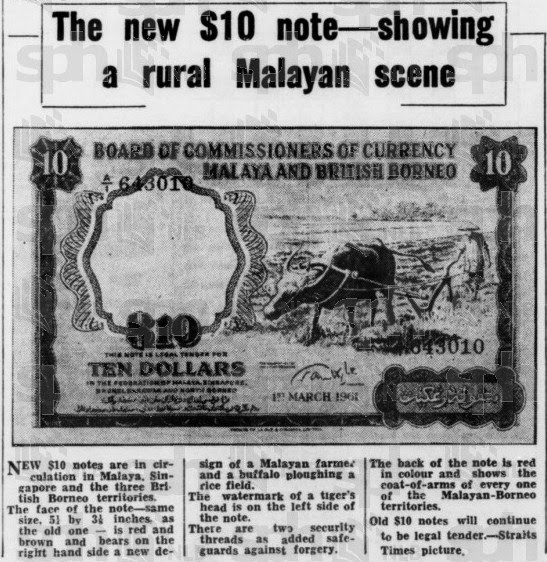 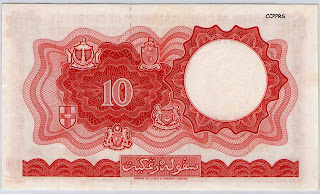 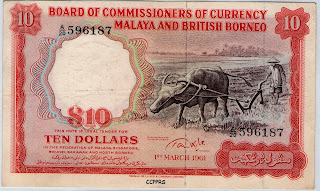 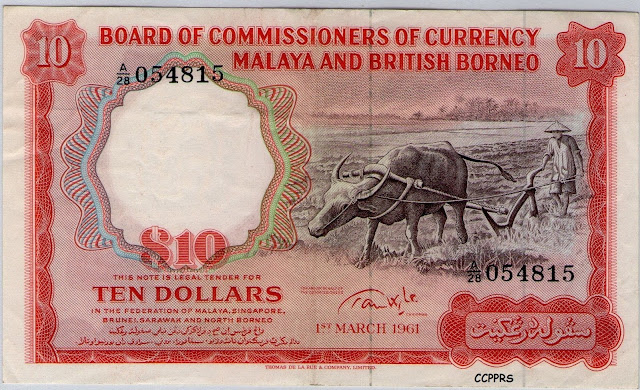 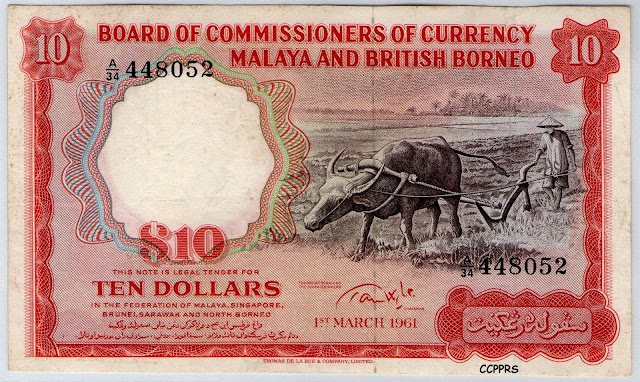 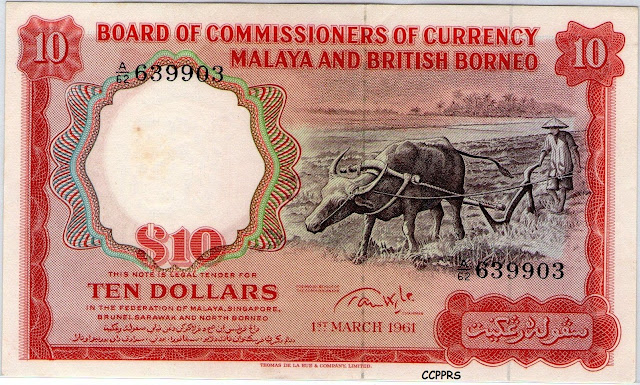 The scarce large 'A' prefix 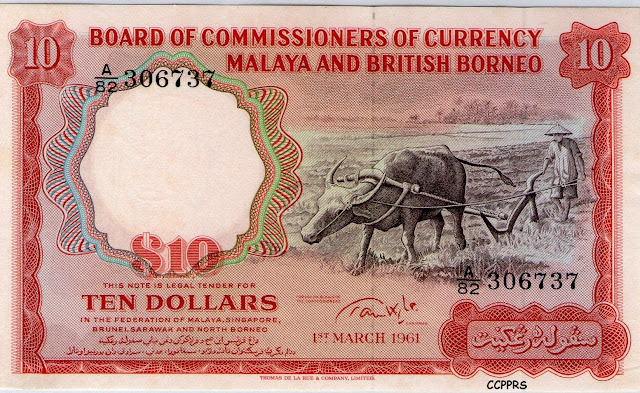 The rare 'B' prefix 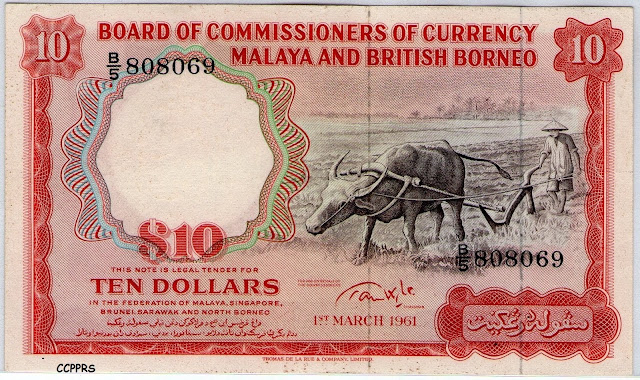 I understand that after these series were demonetised, the local population uses them to burn as monetary offerings during the Chinese Seven Month festival and funerals. Hence, their rarity and the high prices that these notes can command.
Posted by Clement at 6:43 PM No comments: