The Board of Commissioners of Currency, Singapore and subsequently as Monetary Authority of Singapore has issued four series of currency notes for general circulation since 1967.
The currency notes of all the four series, known as the "Orchid", "Bird", "Ship" and "Portrait" series are legal tender.

The 'first' of the "Orchid" series has only six denominations and were issued with Mr Lim Kim San's signature on 12 June 1967. 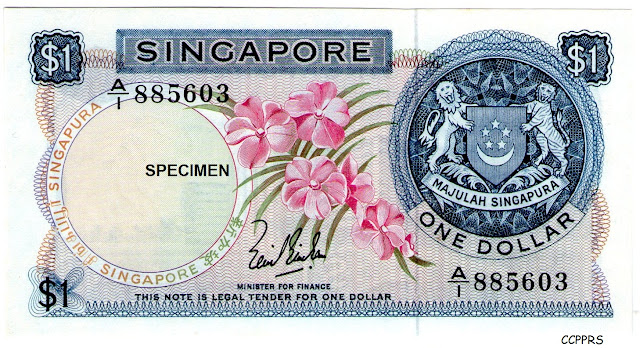 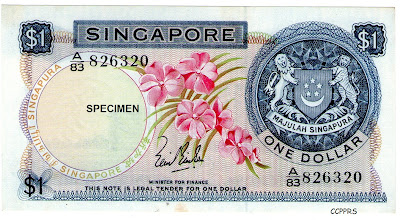 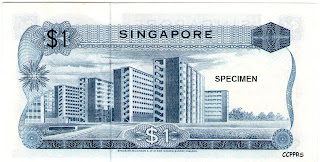 Reverse of note
Notice any thing peculiar about the picture on the reverse of the note?
The whole scene is missing of people, vehicles and street lamps!          Another Boo Boo? 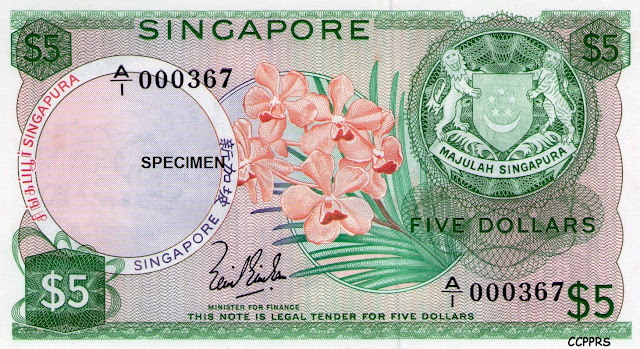 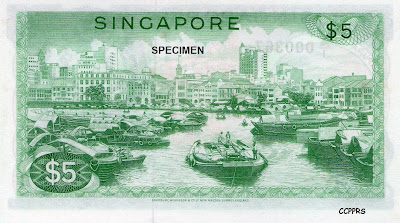 Reverse of note
Oh, why must the BCCS committee choose this controversial orchid to grace the $5.00 note............beats me!!
Apparently, the parent orchid has its fair share of controversy, involving allegations of mixed-up seedpods, confused parentage and faulty registration(refer: https://www.rv-orchidworks.com/orchidtalk/showthread.php?t=15491)
Maybe that's the reason for not printing the name of the orchid on the banknote. Boo Boo again? 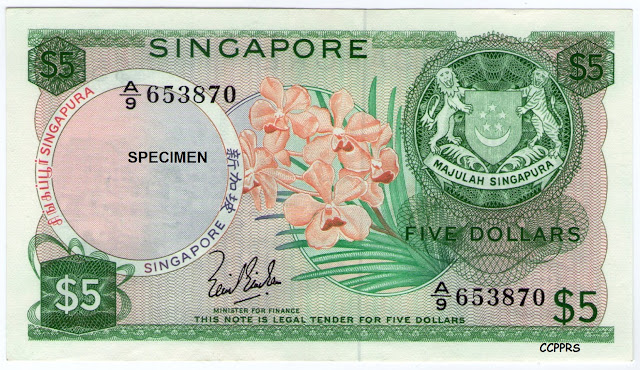 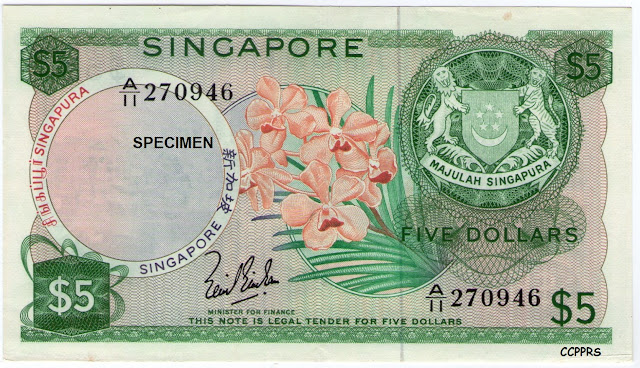 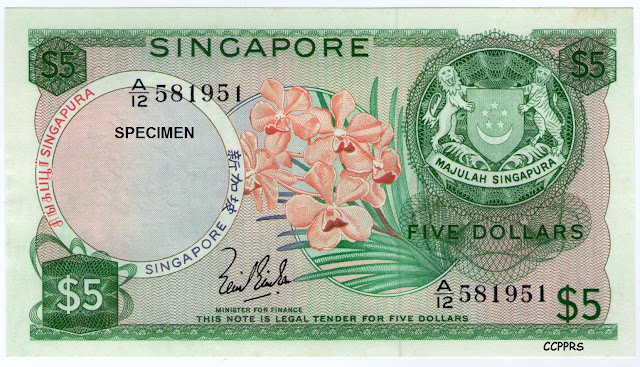 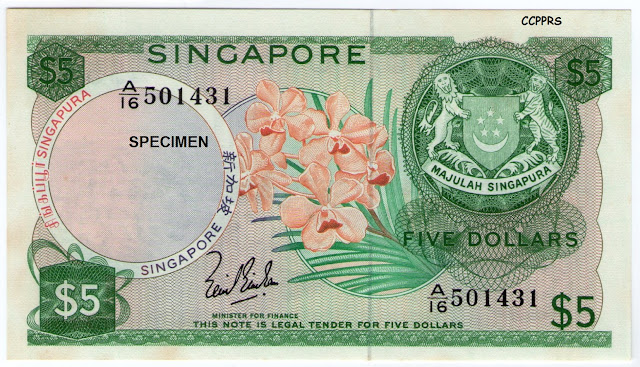 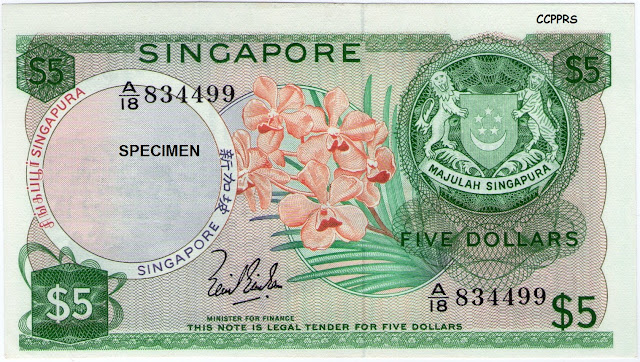 The print of this note is slightly shifted towards the bottom margin of the note. 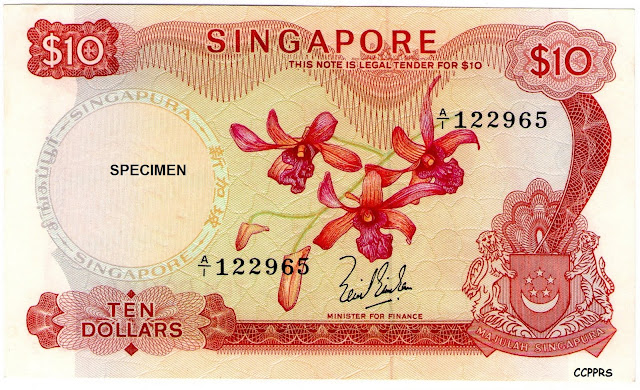 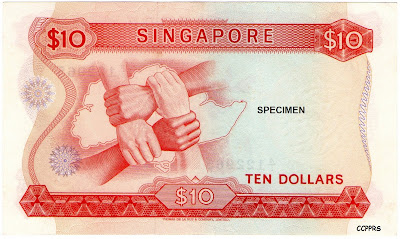 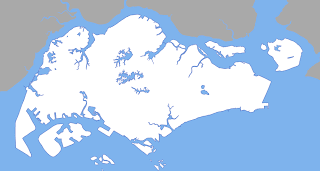 Currently the island of Singapore is about this shape, almost totally different from the days of 1967. 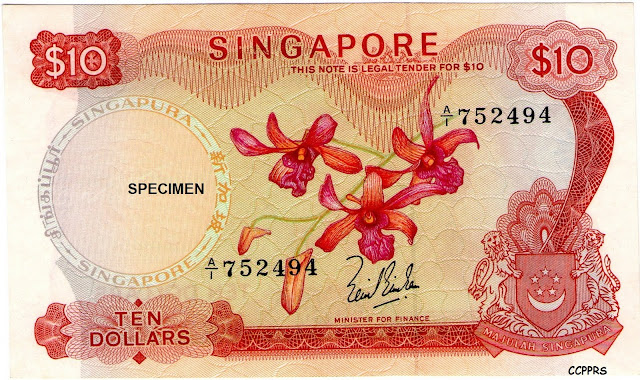 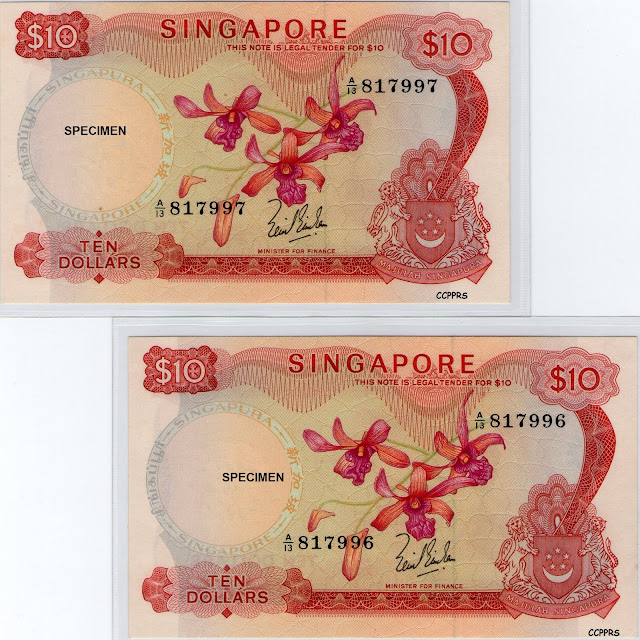 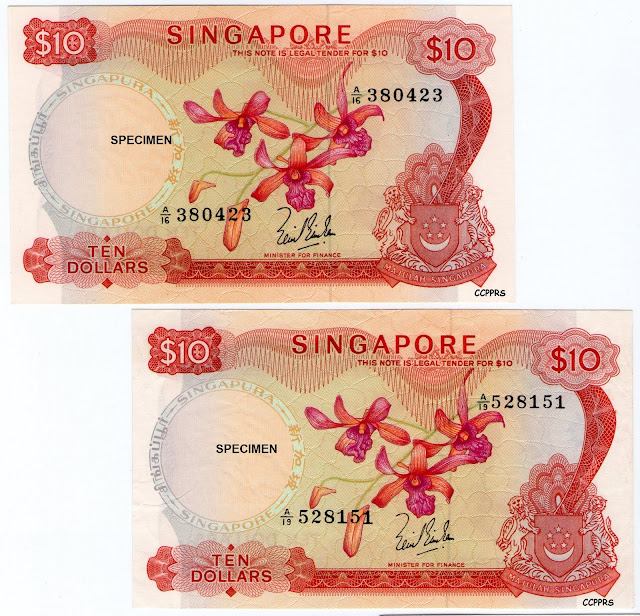 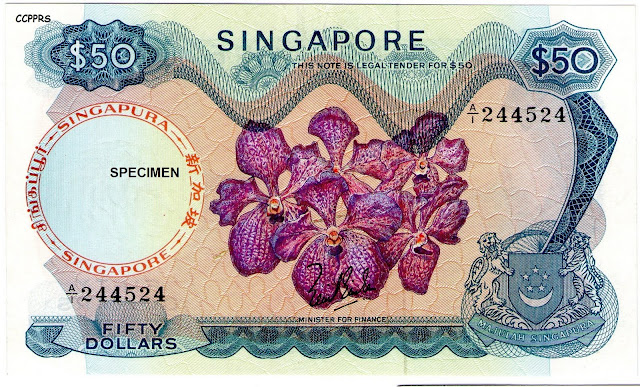 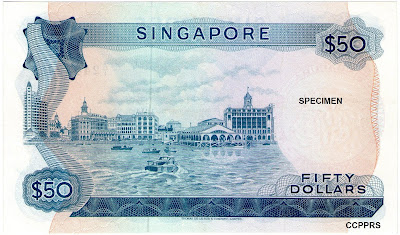 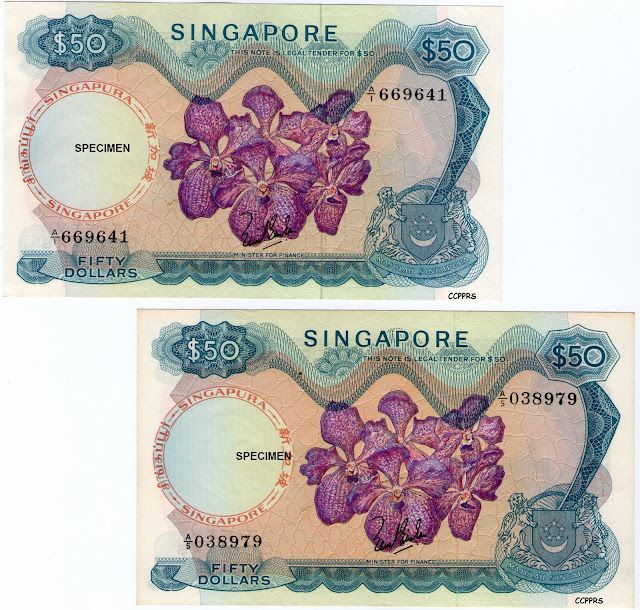 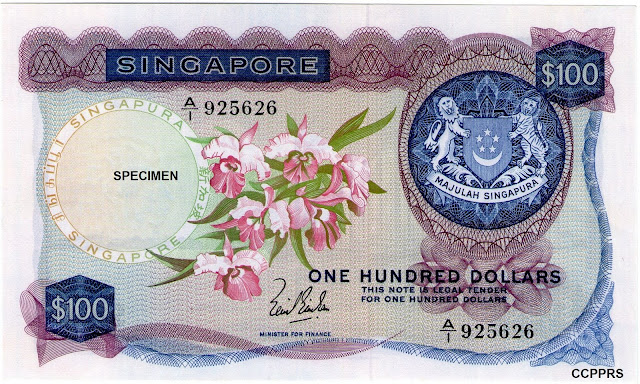 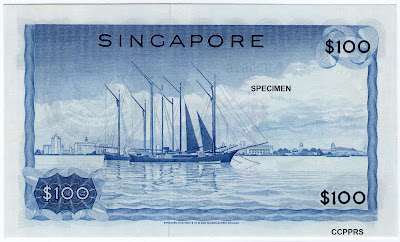