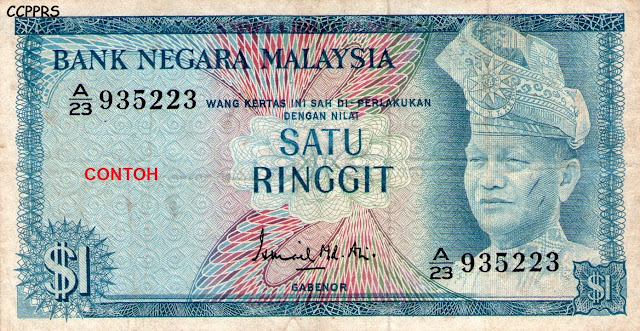 This 1st series Malaysian Banknote was engraved and printed by Bradbury Wilkinson & Co Ltd.
The note measures 121mm x 64mm and bears the portrait of Yang Di-Pertuan Agong, Tuanku Abdul Rahman, first King of Malaysia. This note has straight thread security line which is of the first variety type.
What makes this piece interesting is that the blue is of a different shade from the rest, whereas the multi-coloured central ornamental pieces retains it's original colours, could this be a colour error or the handiwork of someone? 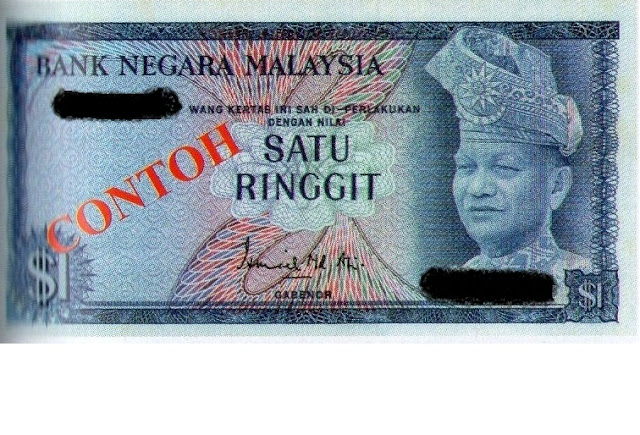 Any of my Malaysian fellow collectors care to comment?
Posted by Clement at 9:03 PM 2 comments: Links to this post

In a recent auction, this repaired centre hole VF piece was sold for US$266.91including the buyer's premium of 16.05%.
(Expensive Filthy Money ) 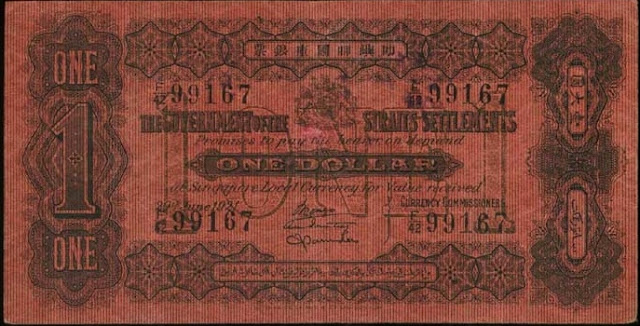 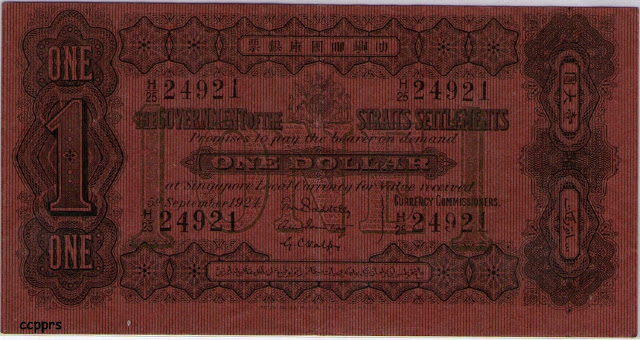 This could be the reason why polymer notes are being issued after almost a hundred years later.
Posted by Clement at 6:16 AM No comments: Links to this post

On the 5th October 1917, the Straits Government issued an official Government Gazatte notice no:1313﻿ announcing the intention of issuing the 10 cents banknote to counter the shortage of coins in the Straits Settlements.
The 10-cent note, locally designed and printed at the Government Printing Office, was a poor production, A thick open texture paper was employed which quickly absorbed moisture and dirt. It maybe unsuitable for the many and varied transactions of the population, nevertheless it had a large issue owning to the shortage of coins.
Extracted from Coins and Coinages by F.Pridmore.
Hence, this publication from the Straits Times dated 15th Oct 1917. 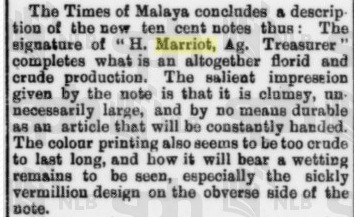 This series has many issue dates and was either signed by H. Marriott, the Acting Treasurer or A.M. Pountney, the Treasurer. The first issue date was 1/10/1917 and last was 10/6/1920.
It is a tremendous challenge to have a complete series, something like 31 dates. 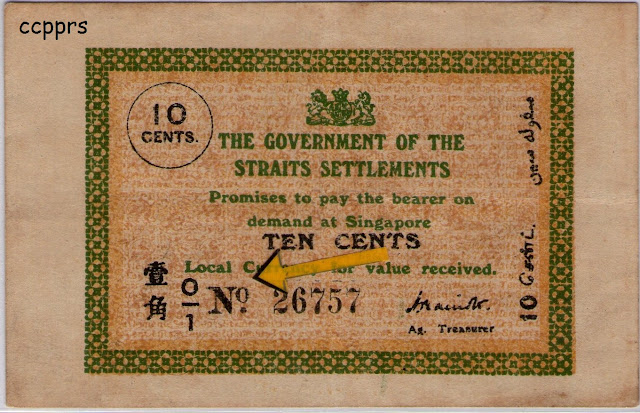 The first date of issue, 1.10.17, signed by the Acting Treasurer H. Marriott, and the only issue with the No. notation 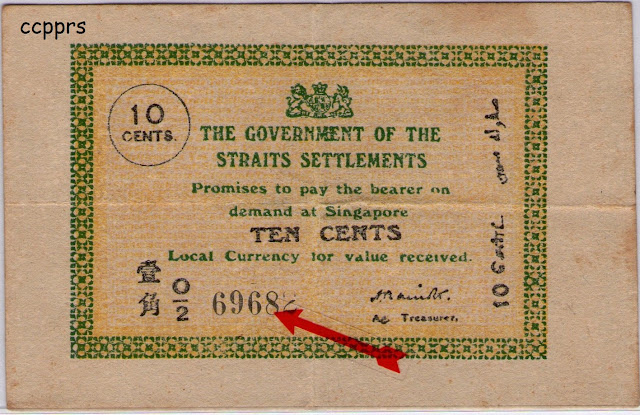 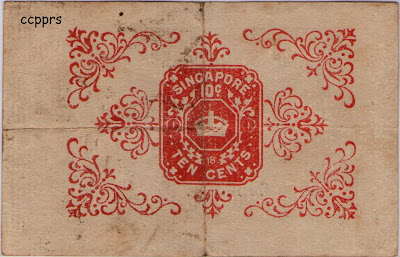 Another date of issue, 1.1.18, signed by the Acting Treasurer H. Marriott, but with slight inking error of the serial number. 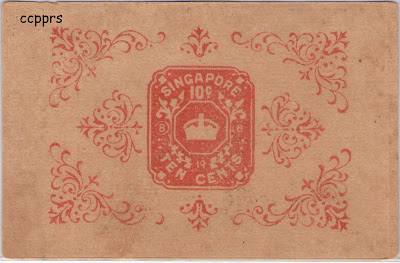 ﻿This variety carries the Tresurer A.M. Pountney signature with a date of 8.8.1919 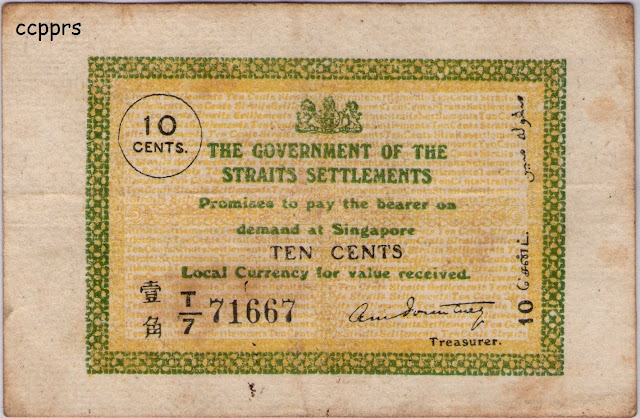 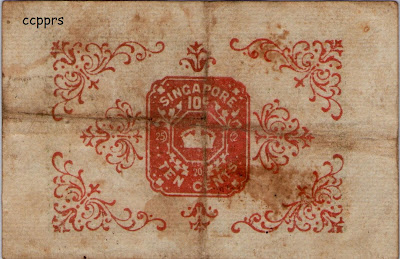 Another A.M Pountney signature dated 25.2.1920
Do drop me a note if you have got the complete series. Happy Collecting!
Posted by Clement at 8:20 PM 1 comment: Links to this post