As the curtain rises and the fog dissipates into the dawn.........screech!! Hey, am I writing a novel or what?

In the process of verifying that the vessel SS Eumanes which was purportedly to be carrying the 500,000 one dollar notes and 100,000 five dollar notes, I noticed that the sinking date was also never published unlike the SS Automedon (scuttled on 11th November 1940). Another renown numismatist Owen Linzmayer published this phrase (TK is this name correct?, referring to the name SS Eumanes) in his The Banknote Book: Malaya 2012 edition.

On further researching with leads from Gilbert, a renowned Malaysian numismatist, the closest name from the naval archives of the WWII era was the vessel SS Eumaeus which was torpedoed on 14th January 1941 off the coast of Sierra Leone in the Atlantic Ocean but this troop transport ship was destined for Egypt.

Her master, Captain J. E. Watson ordered maximum revolutions and turned the ship's stern towards the submarine to narrow the target but four shells aimed at the stern and bridge found their mark. Despite being continually machine gunned from a range of 700 yards the Army gunners continued firing until their ammunition was exhausted, scoring at least one hit on the submarine. By this time the SS Eumaeus was well ablaze and as the submarine positioned herself to fire the torpedo which finally sank her she was abandoned. 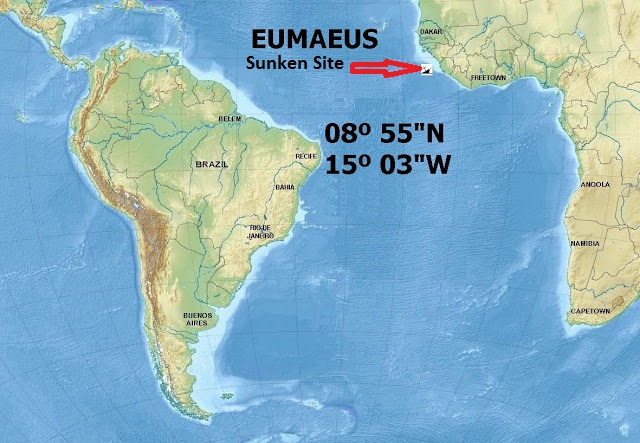 The following article is from World War Two - The War At Sea website: 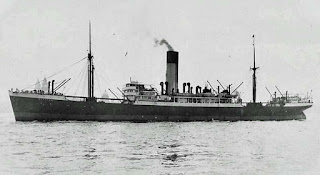 Posted by Clement at 6:44 AM No comments:

What I am about to write may sound like a mystery novel surrounding the saga of the elusive and very rare Malayan $1 and $5 banknotes of the 1940 series.

It all began when I received an email from a renowned Malaysian numismatist and a good friend indeed, Gilbert Chang. A simple email from him mentioning the names of two vessels purportedly carrying the Malayan 1940 banknotes, was the catalyst that started my quest and his assistance to search for the truth.

According to published materials from some so called numismatic gurus, 'cut/paste followers' like moi, just swallowed wholesale and followed blindly by reproducing their facts without researching thoroughly to determine the truth and fact, as these 'experts' had already made 'cute' blunders on the names of the Straits Settlements colonial commissioners and financial officers.
(refer to my earlier article:- http://clement-oddsends.blogspot.sg/2013/05/is-name-is-more-than-just-name.html )

Base on published materials from these gurus, the following vessels by the name: SS Eumanes and SS Automedon were given the 'honor' of shipping substantial amounts of the Malaya 1940 banknotes from London to Malaya during the Second World War but they never reached their destination because they were sunk by the enemy. On the contrary, a local dealer said that some notes floated to Malaya and were picked up by the local fishermen.

Fact, Fiction or Fabrication?
1) The vessel SS Eumanes NEVER existed in any naval records of that era.

2) Base on the reports from the German raider boarding party leader First Lieutenant Ulrich Mohr, the only valuable thing that the SS Automedon carried was an envelope containing TOP SECRET documents about the defence status of the Far East and Singapore plus maybe Mrs Ferguson's tea-set which is another story altogether. 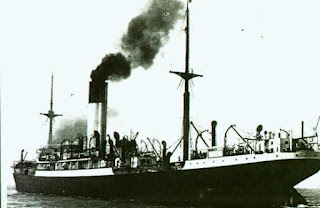 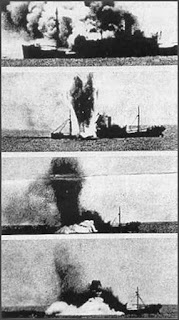 Posted by Clement at 8:04 PM No comments: