In 2013, I published a blog article ( https://clement-oddsends.blogspot.com/2013/05/is-name-is-more-than-just-name.html ) showing errors in the Straits Settlements currency commissioner names made by renowned numismatic authors.

By 2016, I decided to write to Mr Steven Tan of International Stamp & Coin Sdn Bhd whose catalogues numismatists consider as the 'Bible' for details and price references of most South East Asian currencies, informing him of these errors. As I am not on par with him in the field of numismatics, I was pleasantly surprised and glad that he took time to return a reply. 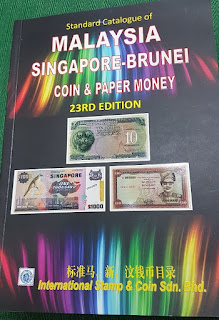 I was thrilled that he had the names corrected. This was because I had received a curt reply by a renowned UK auction house when I wrote to them about name errors in their auction catalogue and publication, mind you these commissioners were British subjects. 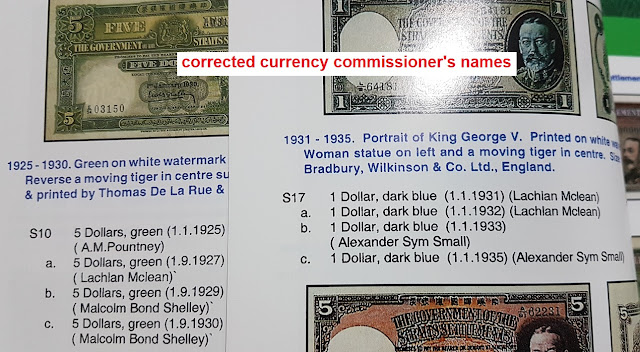 A big word of THANKS to Mr Steven Tan for putting right the currency commissioners' name.
Posted by ccpprs at 6:24 PM No comments: