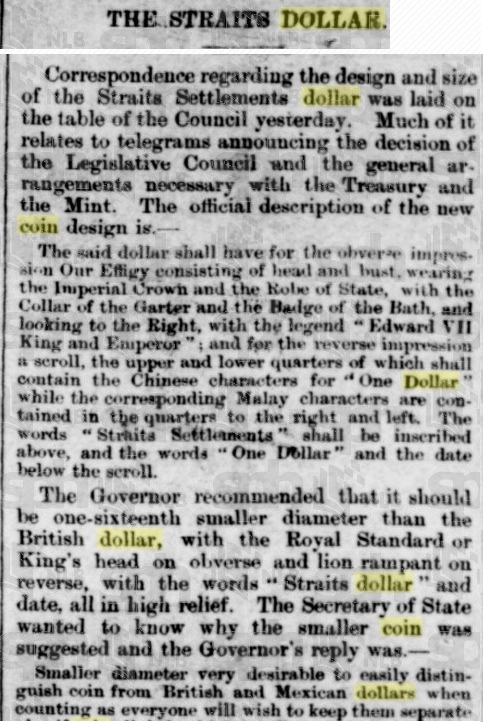 ﻿After the accession of George V and coupled with the First World War, Silver was in great demand and the prices rose rapidly.

Thus it became more profitable for the local population to melt the Dollar coins to obtain the Silver sell it than to use as a currency medium.

Another series of the Dollar coins with even smaller in size, lighter in weight and least of the Silver fineness as compared to the other two predecessor was minted and issued.

The reverse designs remained unchanged, but the obverse now showed the effigy of George V, wearing the Imperial Crown and the Robe of State, with the collar of the Garter and the Badge of the Bath.
(info from Pridmore: Coins and Coinage) 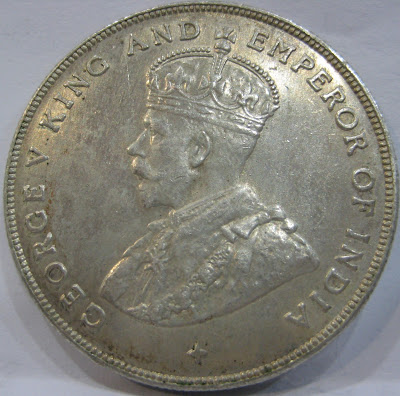 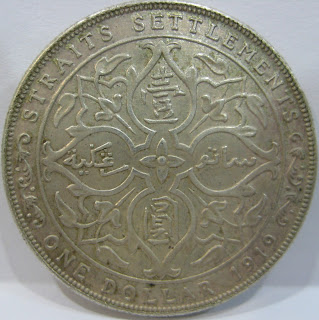 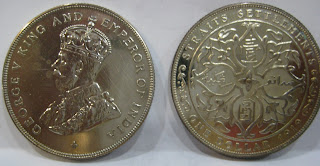 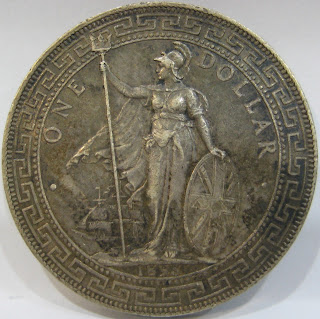 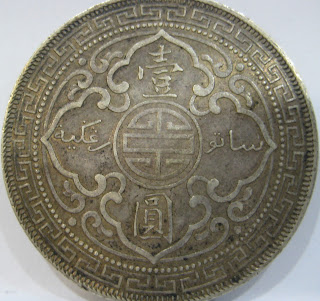 An odd enquiry to The Straits Times and published on 16 Oct 1901. 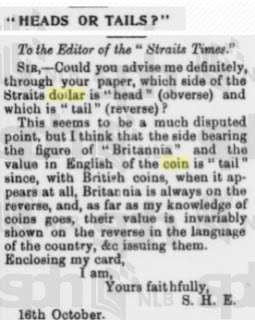 Never did found the published reply...............any advice from fellow collectors?
The rest of my personal collections of BTDs: 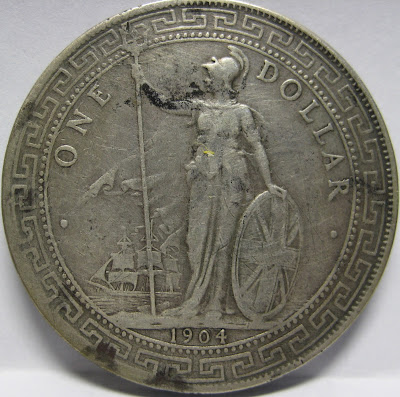 Sadly, these three pieces are my only remaining collections of the early East Malaysian currency, I remembered I had also a BNBC twenty five & fifty cents banknotes, but probably misplaced somewhere.
These three pieces are almost practically uncirculated acquired thru' a foreign dealer and an auction house .
The top piece has a richer hue than the bottom piece although they are consecutive pieces.


This other piece is from The British North Borneo Company dated 1st January 1936,engraved and printed by Blades,East & Blades Ltd. London 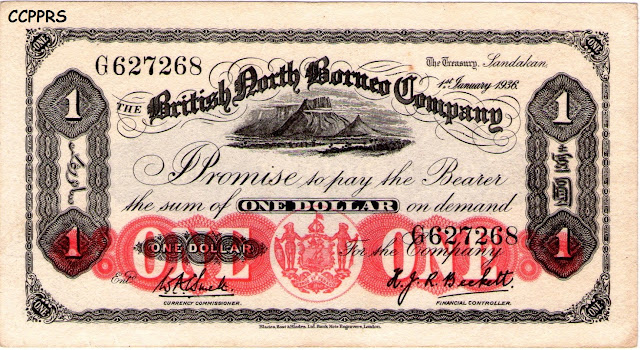 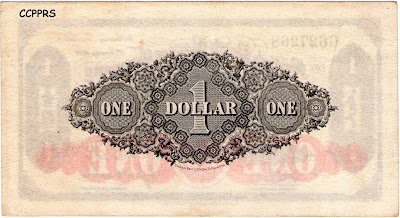 ﻿The colour RED is still very vibrant considering the note is more than 72 years old.
Posted by Clement at 10:43 PM 1 comment:

To all my friends and fellow collectors...............A Happy Belated & Prosperous 2011 to you and your family. May your wishes and dreams of havng that elusive banknote come true!

A bit out of context....or country, got this foreign note with palindromic numerals (radar numbers to some collectors) from a supermarket cashier.

A beautiful South Korean banknote with unique numerals, make me an offer if you want to buy this note...........there is a slight small edge fold on the lower right hand corner otherwise crisp very good EF grade.

My other palindromic Singapore banknotes:

Posted by Clement at 9:21 PM No comments: