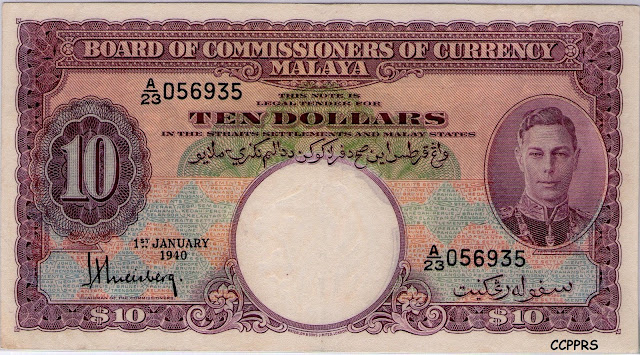 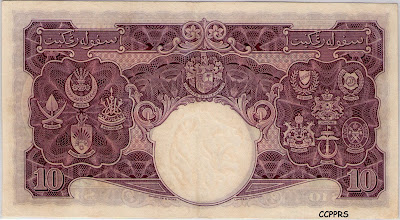 This letter was sent to and published in The Straits Times of 29 March 1941, it is self-explanatory. 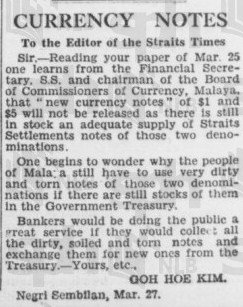 I wonder if during that time the Malayan public knew that a large consignment of the $1 & $5 Malayan banknotes dated 1st January 1940 were lost when the carrying ships "SS Automedon and SS Eumanes" were either sunk or captured by the German raiders in late 1940. (This paragraph of certain ships SS Eumanes & Automedon carrying the 1940 banknotes cannot be proven and regretfully the numismatic folks have been misled either intentionally or unintentionally....I will blog about it upon my returning to this blog end 2016)

By Mid December of 1941, after the Imperial Japanese Army had captured Penang, more of the 1940 series banknotes fell into enemy hands.The following article was published in the local newspaper, still with the intention of wanting to put the 1940 series $1 & $5 banknotes into circulation.


When British forces re-occupied Singapore in September 1945, some of the 1940 series $1 & $5 banknotes were found except for one bundle of one thousand pieces. In order to prevent these and those captured by the German raiders being passed into circulation when the notes become current, all stocks of 1940 $1 & $5 banknotes were destroyed and declared Non Legal Tender.
(Some information extracted from Paper Currency of Malaysia, Singapore and Brunei - William Shaw and Mohd Kassim)


Gradually, the 1940 $10 was also taken out of circulation and a new series of Malaya banknotes dated 1st July 1941 were introduced. These were airfreighted into Singapore as mentioned below in The Straits Times dated 6 November 1948. 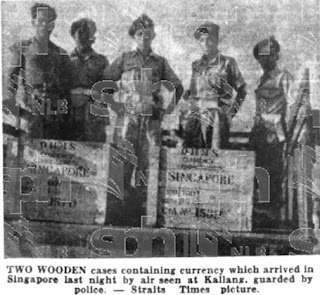 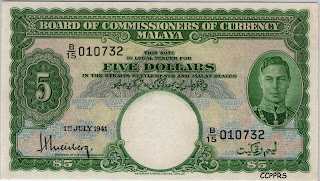 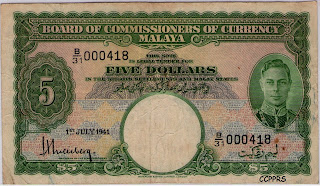 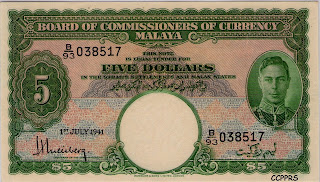 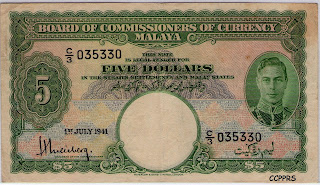 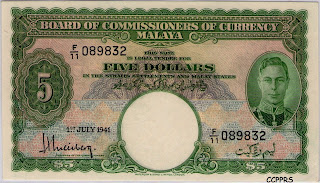 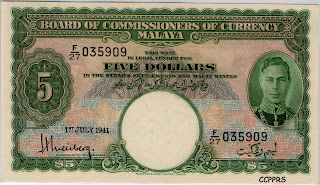 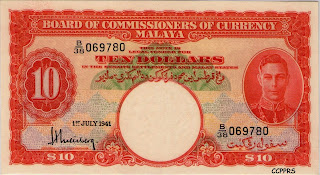 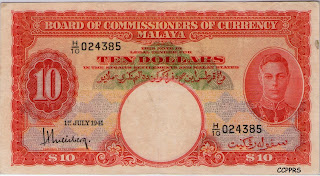 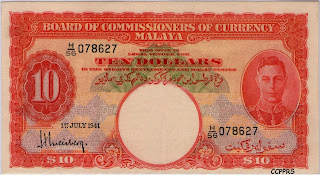