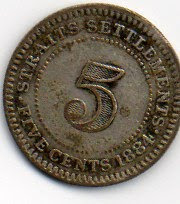 A counterfeit Straits Settlements Five Cents dated 1884.
Back then, you could hire a Chinese servant for 15cents a day. 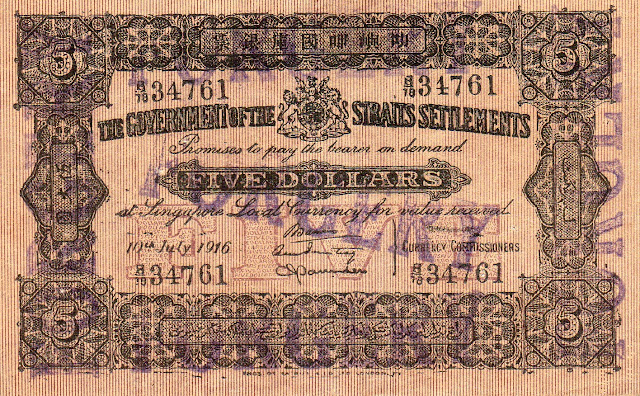 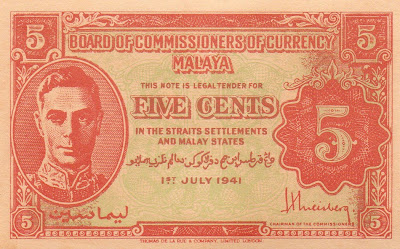 Another counterfeit banknote of Five cents in value.In 1941, a Chinese labourer working for the Royal Engineers gets paid 45cents a day inclusive of food and lodgings. 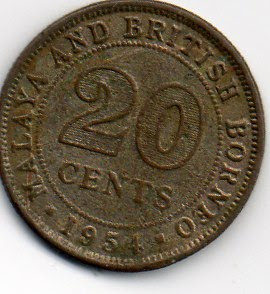 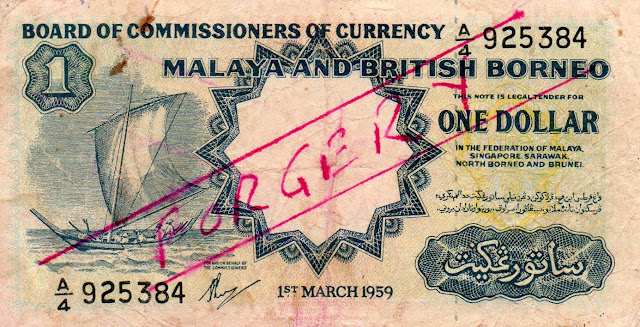 A well circulated counterfeit 20cents coin and $1 banknotes of the 1950s era.On 19 August 1960, the local newspaper reported that the authorities seized 45855 pcs of $1 counterfeits plus an assortment of printings materials and a Multi Lith Model:1250 printing machine traceable to the NCR company. (Source: National Library, Singapore)
Posted by Clement at 5:18 PM